What About Me In Pregnancy/Birth #3 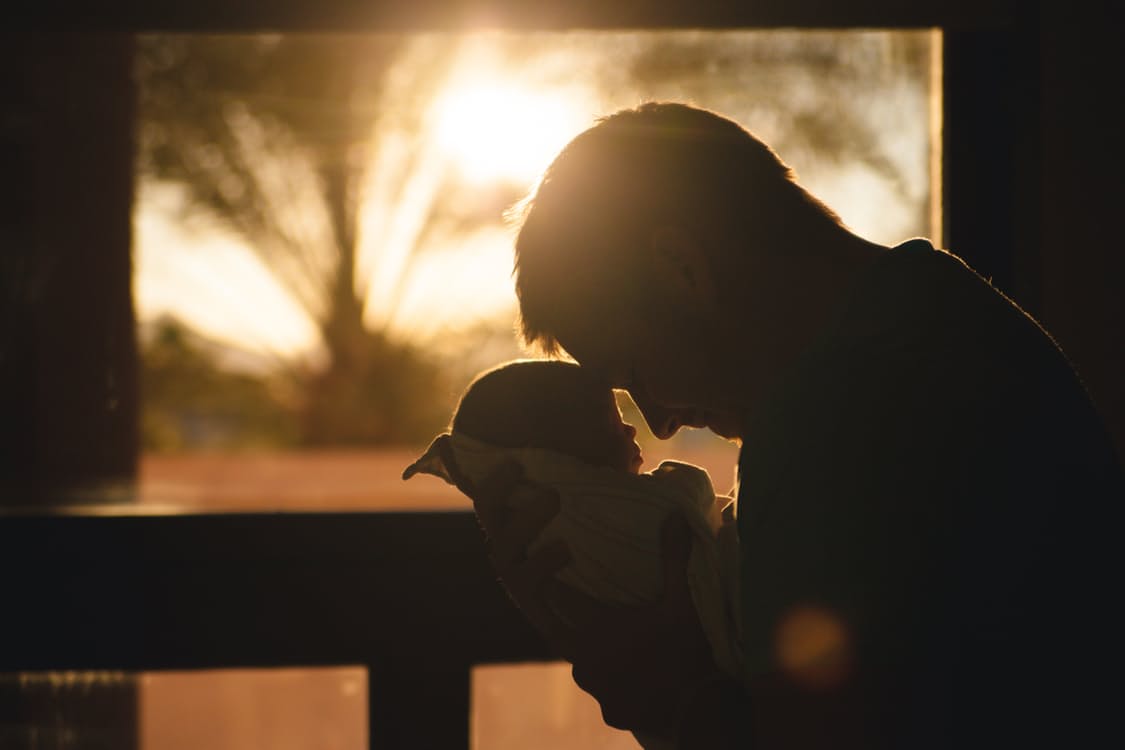 Think about all your mental thoughts as you talk to yourself pretty much every moment of every day and for some people into the night. A great deal of the time we are asking questions to ourselves, going over conversations with others, how we feel about situations either in the past, present and future. And we make mental lists as well.

Whether we labor and have a vaginal birth or giving birth by cesarean section neither is an event we miss. When we are pregnant and before The Birth we are talking to ourselves all the time and this continues right through The Birth and on into being a parent. We self talk positively and negatively. We self talk so much that we take it for granted … and often believe there is no way to control the dialogue.

This is another ‘What about …’ story from a woman’s viewpoint. However, the next few stories will be from the head of men. Why is that important?

Women laboured alone. Even the stories I’ve heard from women who birthed in countries where home birth was common thirty years ago, often the father was not present. A midwife arrived and took on the role of the labour coach. The doctor came and delivered the baby.

However, women wanted their husbands to be with them and help. Then they wanted their other children and friends. This brings up the topic of who should be helping the woman … and should that person being coaching or just supporting.

From the Pink Kit perspective (now known as Birthing Better online birth classes), the very best birth coach … someone who can actually work with the woman as she manages the naturally occurring pain of childbirth or sits with her during a caesarean… is someone she knows and lives close to. As a bottom line, this person is most likely to be at the birth. There are too many stories from families who relied on their obstetrician or midwife to ‘be there’. It’s not the obstetrician’s job to be the birth coach. It’s too tiring for a midwife to be the primary birth coach. Doulas have taken on that role but why?

This woman had given birth a number of years earlier. She was remarried and pregnant. She had had a c-section at her last birth and felt disappointed, angry, a failure as a woman and determined to have a vaginal birth at home. She had had what is called a ‘classical incision’. This was how they used to cut the uterus up and down instead of the ‘low lying’ incisions today which make VBAC safer. She was told there was a higher risk of the uterus rupturing with this type of incision.

What about … this response? Well, this is exactly where Common Knowledge Trust does not get into the politics around birth. Certainly of the tens of thousands of birth stories from families who have used The Pink Kit skills, many have decided that the ‘risk’ required them to do what was suggested by their doctor/midwife while others decided to accept the risk. In fact, the vast majority of the initial hundreds of Birthing Better families had high medical risks.

Accepting ‘risk’ doesn’t mean being stupid. We accept risk all the time when we get into a car. And we are much more likely to die or be injured in an auto accident than have a birth problem, but we absolutely must decide for ourselves.

This woman was determined to have a VBAC homebirth and found a midwife willing to attend her. Isn’t this a big ‘What about ….?’ Sure is. And you’ll learn exactly where the Pink Kit skills fit into this birth story.

Anyway, this woman and her husband were absolutely uncertain where the Pink Kit skills would fit into this birth. The woman reasoned that making a ‘choice’ to have a home birth was the extent of her responsibility. She didn’t want to hear any concerns expressed by the obstetricians. She believed that women are built to give birth and her previous c-section was due to medical interventions. For her HBAC she trusted her midwife. She had read ‘Cats aren’t taught to birth, women don’t need to be taught’.

And this is where The Pink Kit skills absolutely excel! Whatever the situation … we can use our birth skills. In fact the more complex our childbirth situation, the more we have to remain calm and focused. In Birthing Better Childbirth Preparation lessons you’ll learn such skills as  Directed Breathing, Deep Touch Relaxation, The Pelvic Clock, ‘What do I want to do now?’ or other of the skills can keep us connected and participating fully rather than going into ‘overwhelm’ and ‘shut down’.

At the moment I’m actually watching a TV program on Cable about families who are having twins and triplets and have problems. The problems are real. Six families are being followed. Some doctors were able to do ‘something’ medical and sometimes that wasn’t possible … for whatever reason.

All of them had caesareans. Some of the babies survived and were healthy, others survived and would have lifetime developmental handicaps and others died!

What I noticed is the total passivity of the families. Instead of having simple skills that would permit them to breathe together and relax together, they remained totally the recipients rather than participants. This does produce a sense of ‘disconnectedness’ which dissolves immediately when we use The PK skills.

We certainly can not change the situation however, we can use each inhale and each exhale to stay connected. This has helped thousands upon thousands of families to feel more positive about their birth experience.

The family in this Birth Story did eventually decide to learn the Pink Kit skills … at the last minute. A curious thing happened when the husband started the internal work. He discovered that the inside of her pelvis seemed very small. This wasn’t just tight muscles, but rather the distance sideways of the pelvis bones.

The woman had been told that her previous cesarean was due to a small pelvic outlet. What about … this fact? When they discussed what her husband found, the woman had a very, very strong rejection of any concerns … she told him to stop doing the internal work! And that was that.

This story is actually not just about the birth she was going to have but about her next birth as well. So this is a short birth story about what happened next. She did stay at home for her labour which went on for 24 hours. At 8 cm she transferred to hospital. She was given an epidural and fluids. Within 6 more hours, she was fully dilated but the baby wasn’t even in the pelvis. She was angry, tired, disappointed and bewildered. Birth was supposed to be natural and she, as a woman, was supposed to be able to birth naturally.

They breathed together with Directed Breathing. They used The Pelvic Clock, Hip Lift, Sacral Manoeuvre and Sit Bone Spread … they really tried hard to get the baby down into the pelvis! These are all skills in lessons of Birthing Better Childbirth Preparation.

So what she learned was this: They wanted more children and she wanted to labour even if she had another caesarean. In fact, the birth was not as important to her as the labour!

What about … her next birth? She worked with the same midwife. They found a doctor who was fine with her being in labour (even told her that it was good for the baby) as long as her baby and body were fine! This was a planned caesarean or what is called a ‘trial of labor’ (TOLAC) but knowing she was going to end up with a c-section. What about … her husband? The couple, midwife and doctor all agreed if there were any problems … just come into hospital.

So she laboured at home. This time she and her husband really put time and energy into developing a greater depth of Pink Kit skills. They practiced the skills and just deepened their ability to work together. They even did the Internal Work. Why? Because they wanted to thoroughly enjoy preparing for birth. To them, preparing for birth was 99% of the pleasure, closeness, and enjoyment.

They knew she would have another caesarean but they didn’t want to miss a moment of what they could do for themselves.

What about … the birth? Well, they stayed at home. She got fully dilated in 10 hours and she loved every single moment of the experience. Then in a relaxed manner, they drove to the hospital. Their doctor met them, checked the baby again and her. Yup, she was fully dilated and no, the baby was not in the pelvis but doing really well.

He told her … ‘Go ahead and push for a while’. So she pushed for half an hour to enjoy that experience and then said: ‘I’m ready to have my baby.’ And they had a caesarean.

After the birth, she said: ‘No one can tell me I haven’t given birth to my baby!’

Birth is birth. Imagine what our society would be like if all expectant families learned the Pink Kit skills during pregnancy and just used the skills in whatever birth they had? Gosh, there is no doubt more people would have positive birth experiences.

Isn’t that what we want for ourselves and other families? Of course

Birthing Better skills were developed by hundreds of moms and dads in the early 1970s. This family was one of those originators. Birthing Better online birth VBAC classes are housed in Common Knowledge Trust.

Men wonder what it’s like to be pregnant even if they are often happy they aren’t going through the changes the pregnant woman experiences. Pregnancy becomes obvious now and things settle down. 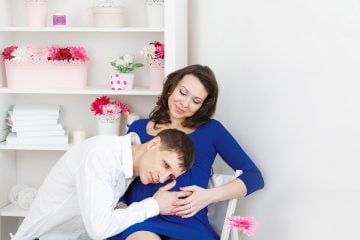 Create a Skills-based Birth Plan listing the skills you'll use to do the 'activity' of birthing your baby. Share with your birth provider. Ask them to encourage and praise you. 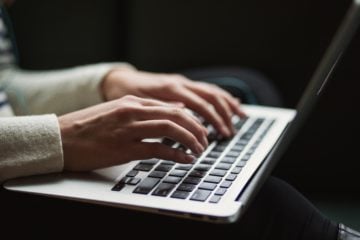 What To Put In Your Birth Plan?

Put 2 things in your Birth Plan ... what you want and hope for AND what skills you'll use to work through your baby's birth journey. 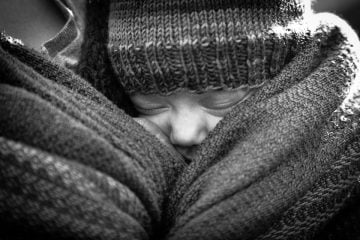 Birth will happen. Being skilled means you can work through birth whether you trust it or are terrified. With skills you link your Mind and Body and 'do' the activity better.